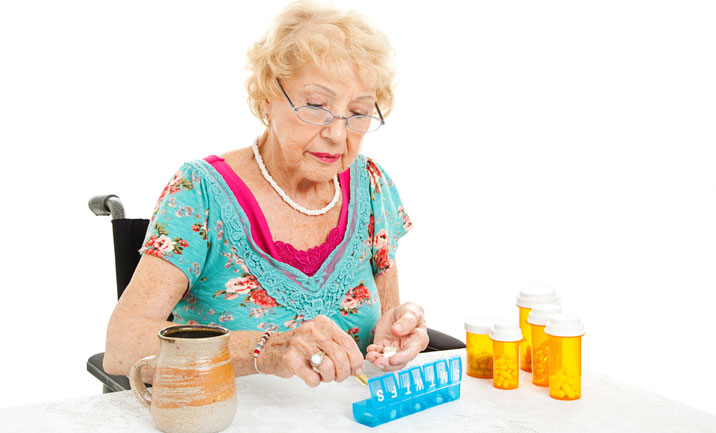 Medicare enrollees are flocking to Medicare Part D prescription drug plans with ratings of four or higher, according to a new report by the Centers for Medicare and Medicaid Services (CMS).

Likewise, the percentage of Medicare enrollees in four-star or greater Medicare Advantage Part C plans with prescription drug coverage will grow to 81.1% in 2020, from the current 75.3 % (the figure was just 69% in 2017).

The average rating of Part D plans, which are managed by pharmacy benefit management companies and health insurers, has always been less than four stars. CMS noted that the average star rating for Part D plans for the 54 approved Part D plans for 2020 is 3.5, up from the 2019 average of 3.34.

The news comes as the number of Medicare Advantage plans continues to grow, with about 1,200 more of the plans operating in 2020 than in 2018, according to CMS. The agency also said that average premiums are also falling for 2020.

As drug prices continue spiraling, more enrollees are seeking the added protection they can get in drug plans with higher ratings. As evidence, enrollment in Part D prescription drug plans with fewer than three stars has dropped to 0.8%, compared to 6.2% last year. Just 5.6% of Part D plans received below three stars, whereas 9.6% did in 2018.

What’s not clear though is whether changes to the way CMS rates plans had anything to do with the surge in people enrolled in four-star plans. Earlier in 2019, the agency said it changed the Medicare Advantage and Part D star ratings system so that consumers could more easily identify high-value and high-quality plans.

There are several different Medicare Part D drug plans. Each one has its own formulary, which is a list of covered drugs.

Formularies consist of several different tiers. Every tier has a different price assigned with it.

As a general rule, the drugs in the higher tiers cost more. Although it is sometimes impossible to avoid using a necessary drug on a higher tier, there is a way to avoid paying the higher price.

For example, if a doctor prescribes a drug on a high tier that can’t be substituted with a cheaper or generic drug, they may ask the plan company for an exception for the copay amount. The doctor needs to explain why the medication can’t be substituted, in order for the discount to be approved.

There are several important rules to read and remember regarding Part D plans. Some of the most important include:

Quantity limits – There are specific limits regarding how much medication one plan member can obtain at one time.

Prior authorization – Prescribing physicians need to show proof that the drug is medically necessary in order for the plan to cover it in some cases. The plan member and physician need to contact the plan headquarters for approval for certain drugs.

Step therapy – For the plan to cover certain prescribed drugs, it may be necessary to first try several similar cheaper drugs. However, if the prescribing physician believes this is not in the best interest of the patient, he or she may ask Medicare to waive the requirement.

All Part D plans must include at least two drugs from most categories, and must cover all drugs available in the following categories:

Part D plans must also cover most vaccines, except for those covered by Part B.

If you would like more information about current or upcoming Medicare — from policies to pricing — we can help. Premier Insurance Services has specialized in providing Medicare for more than 20 years. In fact, providing Medicare insurance is how we got our start. So call me (Mark) or one of my associates at 513-943-4560 or 866-238-7747 toll free. Or fill out this form to schedule your free, no-obligation assessment.